amplifying the voice of Billie Eilish

The French agency Mazarine -consulting and creation- sought to combine both art and digital technology for the TakeOver exhibition. From the 15th until the 22th of October 2019, its visitors were given the chance to interact with five unprecedented sensory experiences at Studio des Acacias, Paris. Augmented reality, talks with an artificial intelligence, a Kinect device capturing up to six silhouettes simultaneously : Mazarine did its best to display various technological setups over three floors. At the last floor underneath the glass eaves, a screen broadcasts a video tribute to Francis Bacon by Tim Richardson. The short movie features the singer Billie Eilish and the actor Bill Skarsgård under baffling lights and soundtrack. 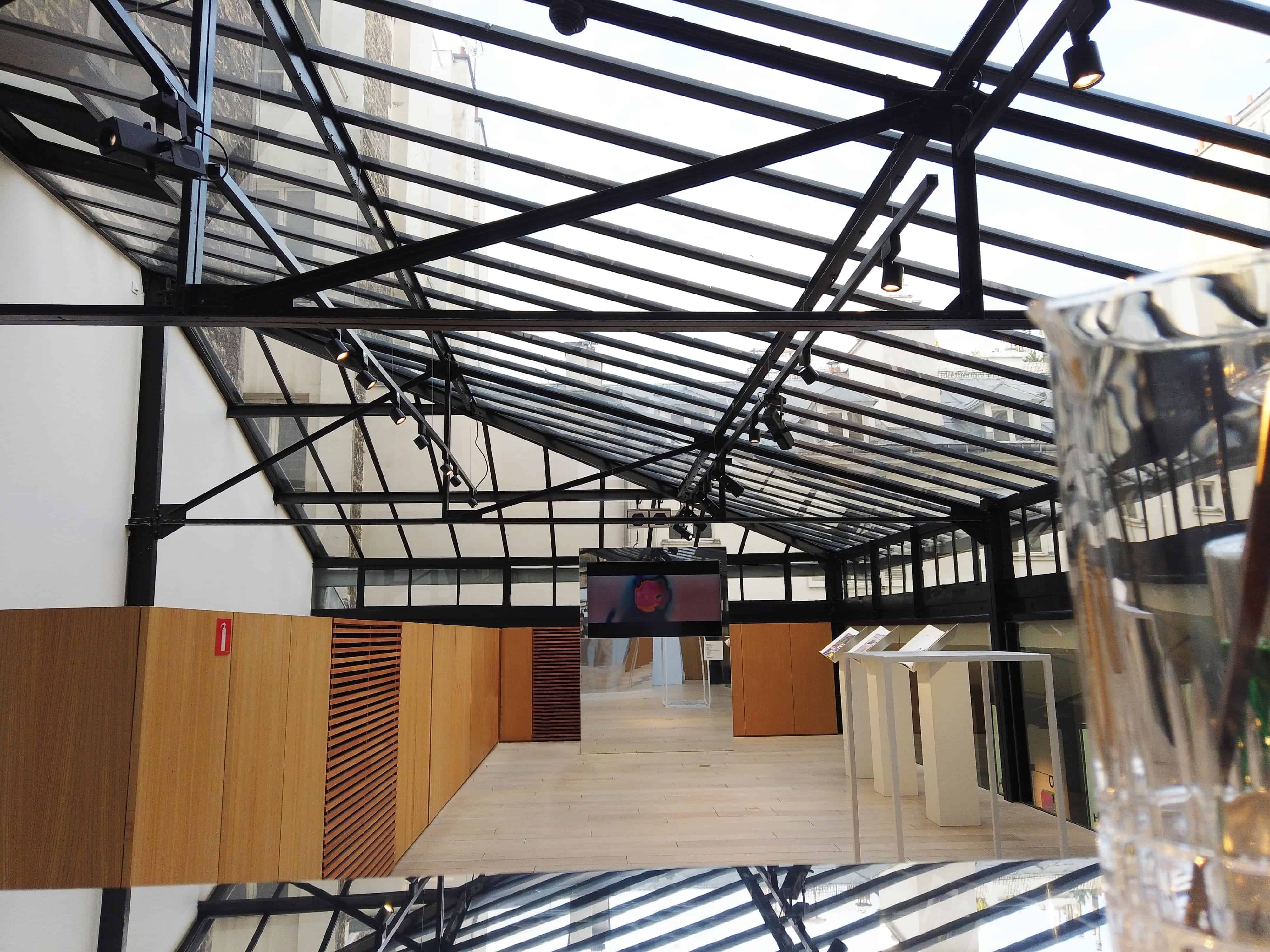 How to go beyond the mere video concept and grant an unprecedented sensorial experience?

Akoustic Arts' technology allowed to give a spatial dimension to sound content, in order to extend the video's scope and go over simple hearing and watching. To do so, two speakers were mounted on the top of the screen, so they could create a sound experience a few meters away. 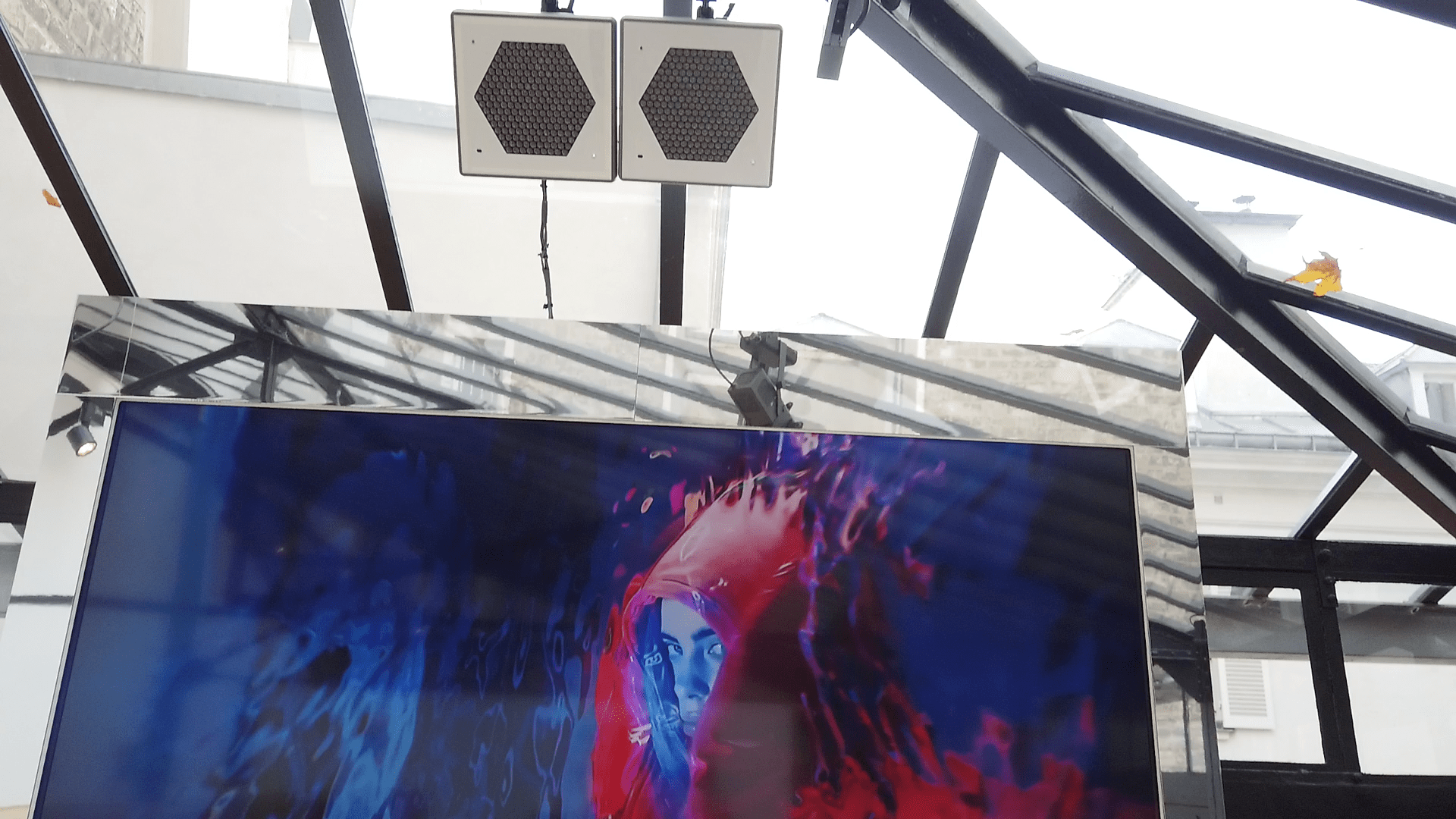 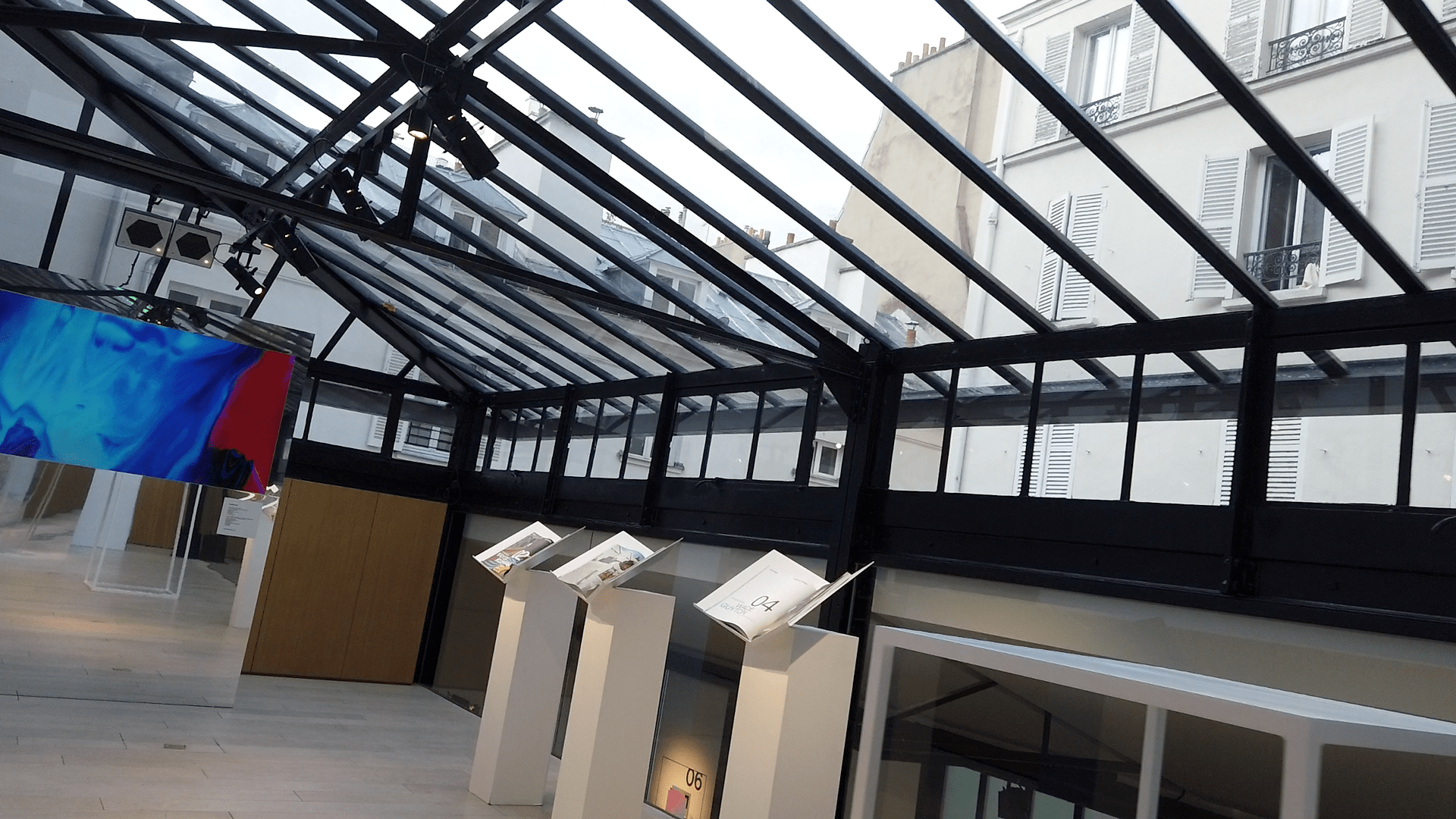